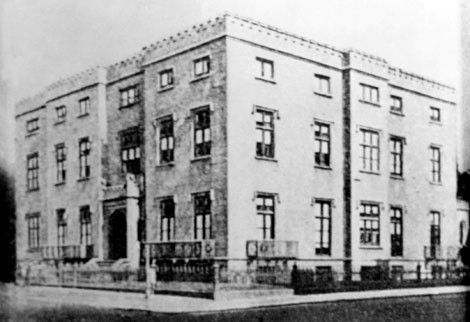 It seems the members of Salmagundi were looking for a new clubhouse as early as 1910 and were actually in negotiations to buy 53 Fifth Avenue, located at the northeast corner of 12th Street, barely half a block north of the house they did purchase in 1917.

As mentioned in the article below, No. 53 had been the home of the Institute of Musical Art — now the Juilliard School — which moved to Harlem in 1910, thus making it available. For reasons unknown, the sale to Salmagundi did not go through.

No. 53 was ultimately razed to make way for 55 Fifth Avenue, an office building that is currently occupied by Yeshiva University’s Office of Development and Cardozo School of Law.

It would be seven more years before No. 47 came on the market and Salmagundi finally acquired its permanent home. 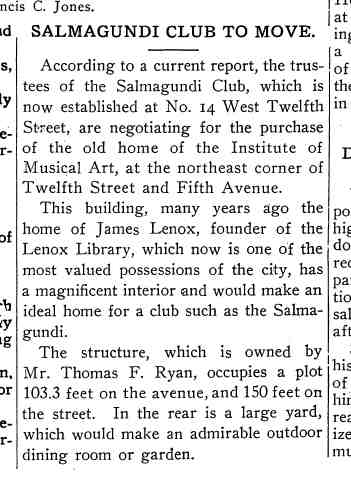 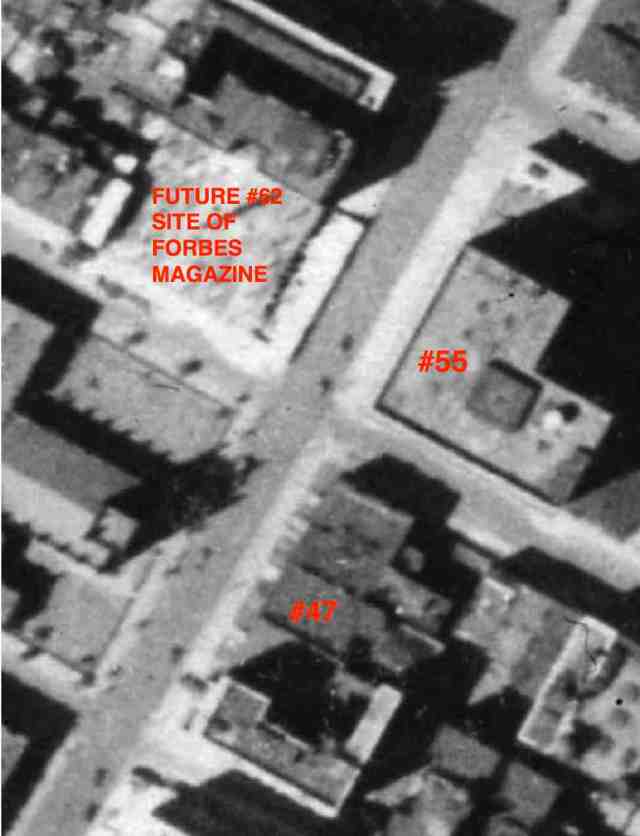