Thanks to SCNY artist and former television news journalist, Betsy Ashton, Thirteen/WNET’s Tisch Studios buzzed the members of Salmagundi in for a peek at their year old production facility at Lincoln Center for the Performing Arts on Manhattan’s Upper Westside. 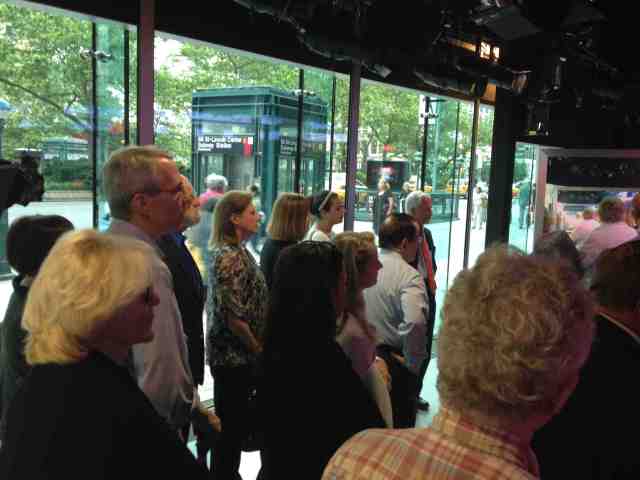 As explained by Gloria Deucher, Director of Volunteer Resources at Thirteen, robotic cameras with built in telepromptors are operated remotely by directors in control rooms at Thirteen/WNET headquarters a mile south at Worldwide Plaza. Digital audio and video stream back instantly over high speed fiber optic cables.

Flat screen monitors, including this monster being maneuvered into place by studio technician Chazz Peek, together with wall panels that use rear projection technology, allow producers and directors to incorporate many kinds of prerecorded and simulated backgrounds in their projects.

Today’s lighting designers have advanced cool LED technology to work with, a welcome change from the sweltering Klieg lights notorious in television studios of an earlier era. 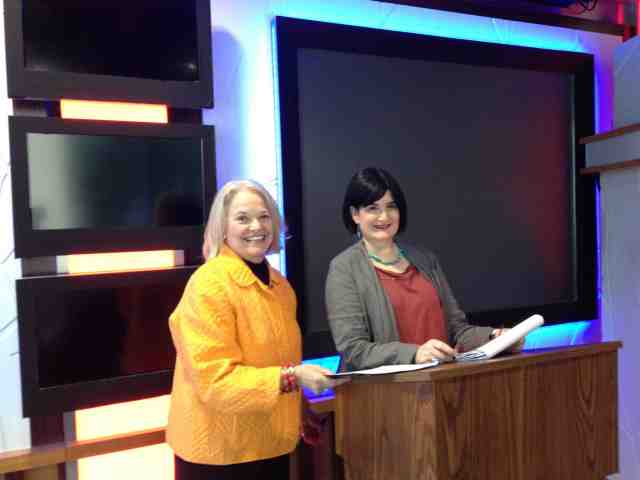 Upstairs in the larger of the two studios, Betsy Ashton (left) introduces Thirteen/WNET producer Joan Hershey (Great Performances, NYC Arts, Metrofocus), to give an overview of her many projects; past, present and future, at Thirteen.