Given that our ancestral home at 47 Fifth Avenue is the very first permanent structure ever built upon the plot of land on which it sits, speculation regarding what may or may not lie under her foundation could easily be fodder for hours of endless debate, however the archaeological dig going on at present lies not beneath the house nor its foundation but under the third floor; or more precisely, between the second and third floor bathrooms. Clearly there is nothing to debate here.

Inside the ceiling of the second floor bathroom.

While the bones of our old house remain strong, unbeknownst to us this particular collection of 1852 vintage cast iron pipe had given up the ghost. Workmen hired to repair ceiling damage in the second floor bathroom previously thought to be from an outside leak, quickly discovered the true nature of the ceiling’s demise and it had quite a distinct “air” about it.

This “archaeological find” has been scientifically carbon dated back to 1852.

An urgent flurry of emails nearly brought the internet to a stand-still late Wednesday evening (June 13th), as staff sought a quick Board vote on the $8500.00 emergency allocation necessary to cover the extra costs involved in replacing the ancient plumbing and fixtures. By morning unanimous approval had been obtained and work continued without disruption. 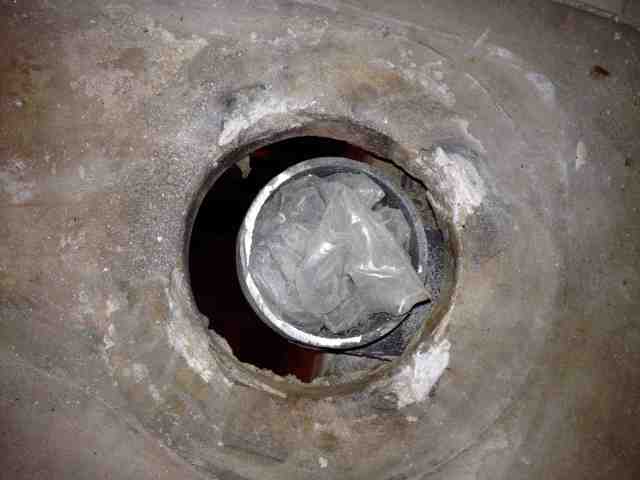 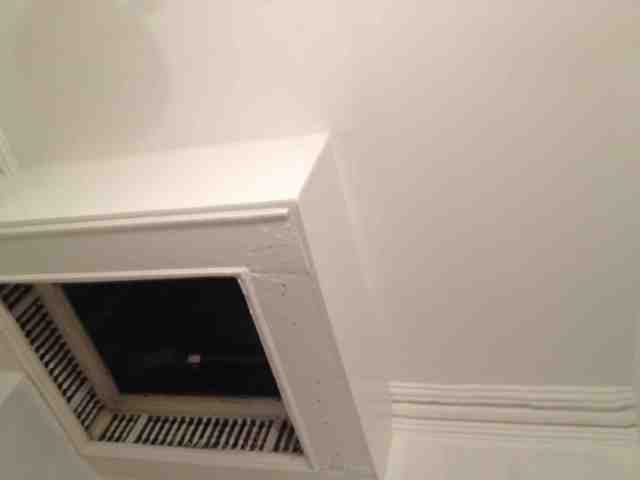 Repairs and installation of new fixtures are scheduled to be completed within the week.